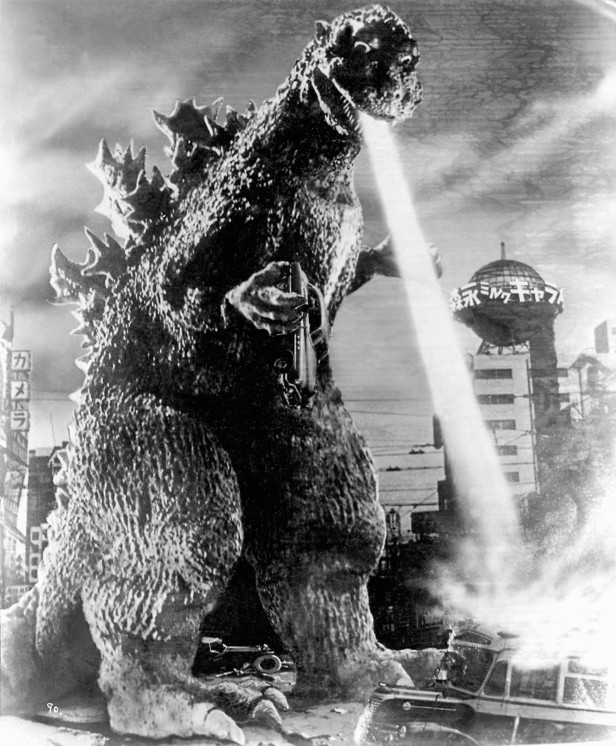 Okay, we don’t typically cover breaking news here on The Assignment: Horror Blog, but this is a special case. This is news of truly epic proportions that cannot be ignored here or anywhere else. Godzilla is now officially a universal star, or, rather, a group of stars.

NASA has given the Big G his own constellation. Specifically, they gave him a constellation that shoots bursts of gamma-rays.

“The fast-moving particles in these jets can interact with lower-energy light to produce gamma rays. Fermi sees evidence of gamma-ray jets in many types of so-called active galaxies, which emit far more light than normal and may flare up unpredictably. Astronomers say such galaxies possess active galactic nuclei, or AGN for short, and that the enhanced activity results from the rapid ingestion of matter by a central supermassive black hole.

“Most of the gamma-ray sources visible in the Godzilla constellation are actually AGN, as are more than half the gamma-ray “stars” Fermi has cataloged to date.”

This is the constellation.

This is truly one of the greatest days in the history of mankind. Mark your calendars, ladies and gentlemen, because today deserves to be memorialized as a new national- nay, global -holiday.

Not Just Another Kaiju Panel from Con Carolinas 2018
.

Star on the walk of fame? How quaint.

One thought on “Go Go (Constellation of) Godzilla”